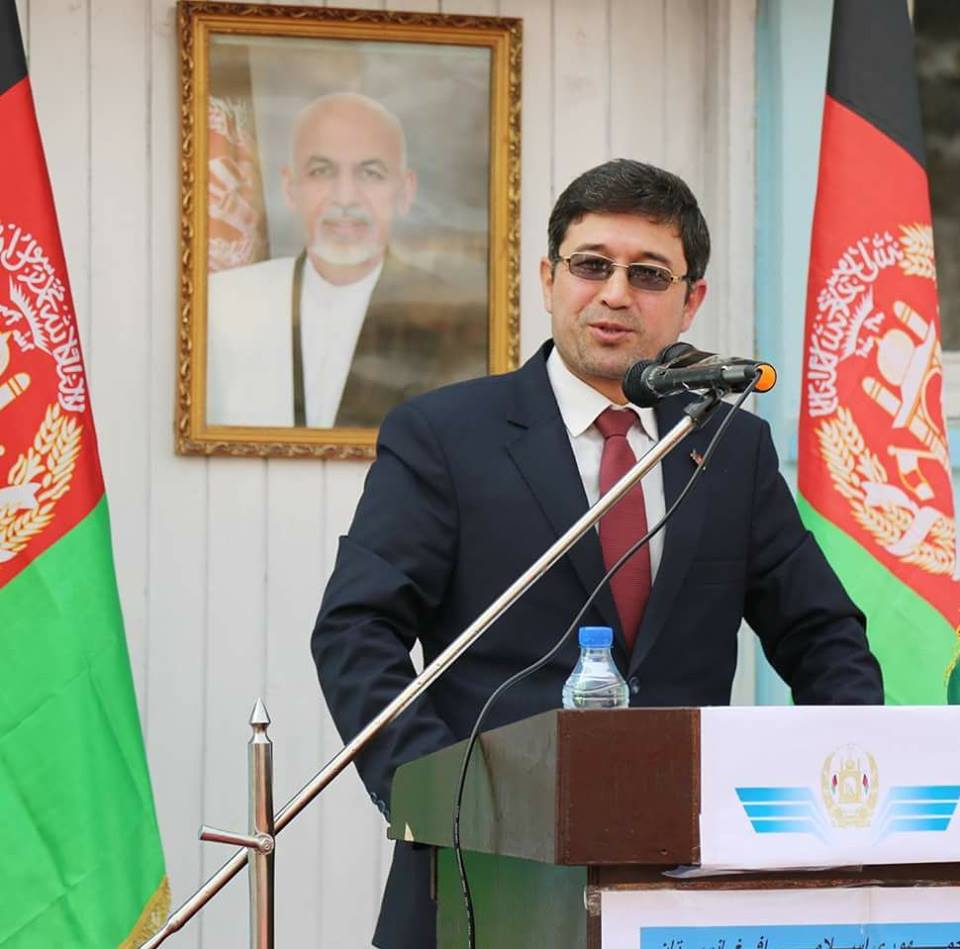 Qasim Wafayezada was born in Waras district of Bamyan Province in July 1980. He finished school in Panjab High School and graduated from Journalism Faculty of Kabul University in 2005. He was awarded MONBUKAGAKUSHO Scholarship from 2007-2013. Mr. Wafayezada earned his Masters’ Degree on International Communications and was awarded the certificate for the best MA dissertation of 2009 by Kanazawa University, Japan. He received his doctorate in international relations from Kanazawa University. His research focus has been on state building, nation building, ethnic politics, democratization and peacebuilding in post-conflict multiethnic societies. As a practitioner, he was expert of social and cultural affairs within the Secretariat of the Ministers’ Council of Afghanistan. Wafayezada has also worked extensively with Afghan media, namely as editor in chief of Mardum Weekly, editor in chief of Misaq Wahdat Weekly, etc. Since 2013, he serves as Deputy of Afghanistan Civil Aviation Authority (ACAA) for Policy and Planning. As part of the new leadership of the Afghanistan civil aviation, Mr. Wafayezada has set a clear vision and mission for the ACAA which envisions sound and healthy development of Afghanistan civil aviation, endeavors for meeting the ICAO and other international standards, and removal of Afghan airlines from the EU blacklist. New regulations and codes of conduct have been developed under his leadership to fill the legal gaps and lay the ground for extensive but smooth and healthy reform within the aviation sector in Afghanistan.

Beside his career, as an academic, Mr. Wafayezada has authored several books including “Ethnic Politics and Peacebuilding in Afghanistan: The Root Causes of Political Conflicts and the Problems of Democratic Transition” published in 2013 by Scholars’ Press. Mr. Wafayezada has authored and co-authored several academic articles and policy papers including: “Ethnic Politics, Ethnic Political Parties and the Future of Democratic Peacebuilding in Afghanistan” Journal of Human and Socio-Environmental Studies, 24,  65-91 September; “International Assistance to Post-Conflict Peacebulding: the Cases of Cambodia and Afghanistan” Journal of Human and Socio-Environmental Studies 23,  43-70 March; “Youth and the Transformation Process in Afghanistan” Kabul: HREVO and HBS Afghanistan; “Ethnic Politics and Youth Political Participation in Afghanistan”, Kabul: Afghanistan Peace Initiatives Organization and HBS Afghanistan; “Four Decades of Efforts for Peace and Reconciliation in Afghanistan: Analysis of the Impediments and Barriers to Sustainable Peace, Kabul: Afghanistan Institute for Strategic Studies (160 pp) [Policy Paper].

All material and moral rights reserved for the website of the Civil Aviation Authority of Afghanistan. 2017